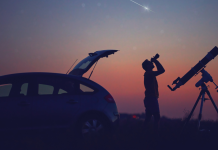 Global Hyper Automation Market is Predicted to Grow at a CAGR of ~18% during 2022-2031; Increasing Development of Automation Technologies, Improved IoT Adoption, and...