SAN DIEGO, May 12, 2022 (GLOBE NEWSWIRE) — Following successful projects in 59 countries and poised for expansion, ASTERRA recently announced the management of the Latin America and Caribbean regions has changed to their North American office located in San Diego, California. This was previously led out of the Israel headquarters.

ASTERRA is the single largest purchaser of data from Argentina’s SAOCOM 1A and SAOCOM 1B satellites, collaborating with VENG on many initiatives.

“As ASTERRA scales, it only makes sense to localize within a region, paving the way for faster response to new and existing customers and partners,” said James Perry, executive vice president of ASTERRA. “We aim for greater efficiencies. ASTERRA is entering key new sectors in roads, dams, levees and mining. These are massive opportunities awaiting satellite Earth observation technologies.”

ASTERRA’s MasterPlan, Recover, and EarthWorks products use synthetic aperture radar (SAR) from space-based satellites to observe soil moisture content beneath the surface on Earth. Once the SAR information is processed with ASTERRA-patented algorithms, the levels of relative soil moisture content are provided as a service to the customer. This technology is used in a growing number of applications.

ASTERRA’s solutions can simultaneously assess up to 1,300 sq miles of underground soil moisture conditions. Its technology is innovative in how it provides intelligence on areas of concern and potential failure locations, efficiently mitigating damage and improving safety.

“ASTERRA is adding additional resources to support and benefit the many countries in Central America, South America, and the Caribbean, using current and future products for water leaks, infrastructure, mines, roads, railways, and dams,” says Gadi Kovarsky, director of sales for the Americas region. “Our headquarters in Tel Aviv, Israel, and other offices in Japan and the UK, all join the San Diego region to ensure that ASTERRA’s global reach is at work to create sustainable communities world-wide.”

In June, ASTERRA will join other water and space industry leaders in creating programs which are sustainable at the ACE22 conference in San Antonio, Texas. ASTERRA guides governments at the city, county, state, and federal levels to understand and embrace innovative technologies to monitor infrastructure, yielding significant financial, resource management, and environmental benefits.

ASTERRA (formerly Utilis) provides geospatial data-driven platform solutions for water utilities, government agencies, and the greater infrastructure industry in the areas of roads, rails, dams, and mines. ASTERRA products and services use synthetic aperture radar (SAR) data from satellites and turn this data into large-scale decision support tools. The company’s proprietary algorithms and highly educated scientists and engineers are the keys to their mission, to become humanity’s eyes on the Earth. ASTERRA is investing in artificial intelligence (AI) to bring its products to the next level. Since 2017, ASTERRA technology has been used in over 59 countries, saving over 169,280 million gallons of potable water, reducing carbon dioxide emissions by 108,339 metric tons, and saving 423,200 MWH of energy, all in support of United Nations Sustainable Development Goals. ASTERRA is headquartered in Israel with offices in the United States, United Kingdom, and Japan. Their innovative data solutions are used in multiple verticals around the globe. For more information on ASTERRA and to learn more about their technology, visit https://asterra.io. 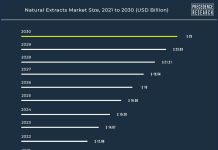 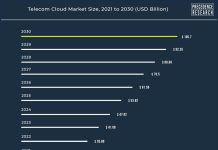