New York, July 11, 2022 (GLOBE NEWSWIRE) — Reportlinker.com announces the release of the report “Latin America Data Center Server Market – Industry Analysis and Forecast 2022-2027” – https://www.reportlinker.com/p06291070/?utm_source=GNW
In IT infrastructures, servers are one of the most crucial infrastructures where the data is stored and processed. Building data centers require thousands to billions of dollars depending on their location, size, and capacity.

KEY HIGHLIGHTS OF THE LATIN AMERICA DATA CENTER SERVER MARKET
• Brazil’s data center server market dominates server infrastructure procurement, with a combined share of over 32% in 2021.
• Advanced technologies such as artificial intelligence, big data, IoT, and cloud computing is leading to a demand for increasing the rack power density, with data center operators now needing to upscale their existing infrastructure. This will create a demand for highly advanced servers in Latin American data centers.
• In terms of hyperscale investments in Latin America will increase the demand for intelligent servers to support the facility’s data processing. For instance, HostDime in its Mexico data center has installed a Super Micro Computer server, including a built-in Intelligent Platform Management Interface (IPMI).
• The procurement of rack servers still dominates the market, with the adoption of blade servers not far behind. The growing edge data center investments will boost the market share of micro servers during 2022-2027.
• The migration of on-premises infrastructure to colocation facilities and an increase in workload deployments will grow the capital spending for server infrastructure across industry verticals.
• Due to the COVID-19 pandemic, various countries imposed strict lockdowns, which resulted in the workforce shifting to remote work. The high adoption of online platforms such as digital banking, video conferencing, and online education has created a demand for high-density and high-performance servers to securely support the data generated and stored.

• Hyperscale operators such as Amazon Web Service (AWS), Facebook, Google, and Microsoft are developing their customized server infrastructure with the help of the Open Compute Project (OCP) to improve the performance of data center facilities.
• Due to edge data centers and growing BFSI sectors, the market for micro servers is expected to grow during the forecast period. The companies such as Dell Technologies, IBM, and HPE are the prominent players offering micro servers in the market.
• In Latin America, e-commerce companies are also deploying highly efficient servers to reduce the operational cost of the data center facilities. For instance, Market Group, a mobile advertising and e-commerce company, faced the challenge of maintaining mobile transaction performance while reducing data center costs; the company deployed HPE ProLiant DL385 Gen10 Server and HPE ProLiant DL385 Gen10 Plus Server in Advanced Micro Devices AMD EPYC processors to overcome the challenge, and also reduced the 40% of operational costs, and 25% of power expenditure.

• The blade servers are adapted to fulfill the requirement of the data center operators, that is, minimum space with high power density.

Brazil will witness the highest growth over the forecast period, growing at a CAGR of around 9.05%.

• In Brazil and Mexico, the demand for ARM-based servers is likely to increase as high-performance computing solutions in the facilities dominate the countries. For instance, Alibaba is installed with Inspur Rack Scale Server, SR 4.5, expected to reduce the power and cooling consumption cost by around 5% for the data center facilities. Inspur acts as one of the major hardware providers for Alibaba data centers.
• In Latin America, telecom companies dominate the market compared to hyperscale data centers. Therefore, we expect that the demand for a compact with prefabricated software-based servers will grow in Latin America.

VENDOR ANALYSIS
• The vendors continuously innovate by introducing advanced server infrastructure for data center facilities. Advanced Micro Devices (AMD) and Hewlett Packard Enterprise (HPE) are leading the market, followed by Dell Technologies, Supermicro, and Intel, in the Latin America data center server market.
• Due to COVID-19, the data generation went up, which increased the data processing in Latin America. Therefore, the demand for supercomputers also increased, which process a large amount of data faster. For instance, In December 2021, Brazil’s National Center for High-Performance Processing launched Ada Lovelace, one of the country’s most powerful supercomputers.
• The data center operators deploy servers with x86 and x64 processors and high-end servers. Data center operators deploying servers is a collaboration with vendors. For instance, TIM Brazil, a telecom operator providing services in Brazil, has adopted Nokia AirFrame servers and Intel Xeon Scalable processors for its data centers. 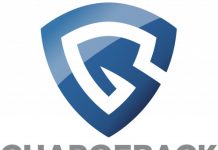