Dublin, Nov. 04, 2022 (GLOBE NEWSWIRE) — The “Global Point Of Care Diagnostics Market, By Product type, By End users, By Platform- Forecast and Analysis 2022-2028” report has been added to ResearchAndMarkets.com’s offering.

For investigation (diagnosis & monitoring) of a variety of diseases, such as cancer, diabetes, cardiac diseases, and others, point-of-care (POC) diagnostics are used. These are medical tools used to obtain an immediate response. The increase in the prevalence of chronic and infectious diseases in developing economies is one of the point of care diagnostics market growth factor. Globally, the prevalence of chronic diseases including diabetes, rheumatism, and cancer is rising for a number of reasons, including rising ageing population, sedentary lifestyles, poor dietary habits, and environmental factors.

For instance, chronic illnesses claim the lives of more than 38 million people worldwide each year. Every year, 17.5 million people die from chronic diseases related to the cardiovascular system, followed by cancer (8.2 million), respiratory diseases (4 million), and diabetes (1.5 million). 82% of deaths from chronic disorders are caused by the aforementioned diseases. Point-of-care diagnostics is becoming increasingly popular among patients all over the world since samples are taken from the patient’s location for testing, and findings may be obtained in a remarkably short amount of time because to the usage of micro fluids, chips, and nano diagnostics.

Segments covered in this report

Global Point of Care Diagnostics Market is segmented based on product type, end users, and platform.

Globally, there has been a significant increase in the occurrence of chronic diseases such as cardiovascular problems, diabetes, and numerous infectious diseases. One of the primary factors driving demand for point-of-care diagnostics during the forecast period is the rising occurrence of such disorders.

Due to a high number of pre- and post-analytical mistakes, point of care test findings are not properly aligned with central lab procedures. Unsuitable indications for the performance of the test, inappropriate sampling times and techniques, an insufficient information about patient conditions, and other variables such as fasting before functional tests or differences in posture/position during similar tests are examples of pre-analytical errors for point of care testing. Post-analytical errors, on the other hand, include insufficient technical validation, incorrect result assignment, and data storage issues

Major market participants have increased their focus on the use of new technologies such as artificial intelligence in the production of efficient point of care diagnostics. Significant breakthroughs in point of care testing devices have resulted from lab-on-a-chip platforms, wearable technologies, and smartphone-based technology innovations. Cloud-based Intelligent systems have cleared the way for future revolutions.

For more information about this report visit https://www.researchandmarkets.com/r/9vmhhb 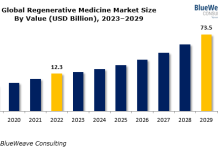 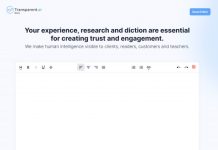