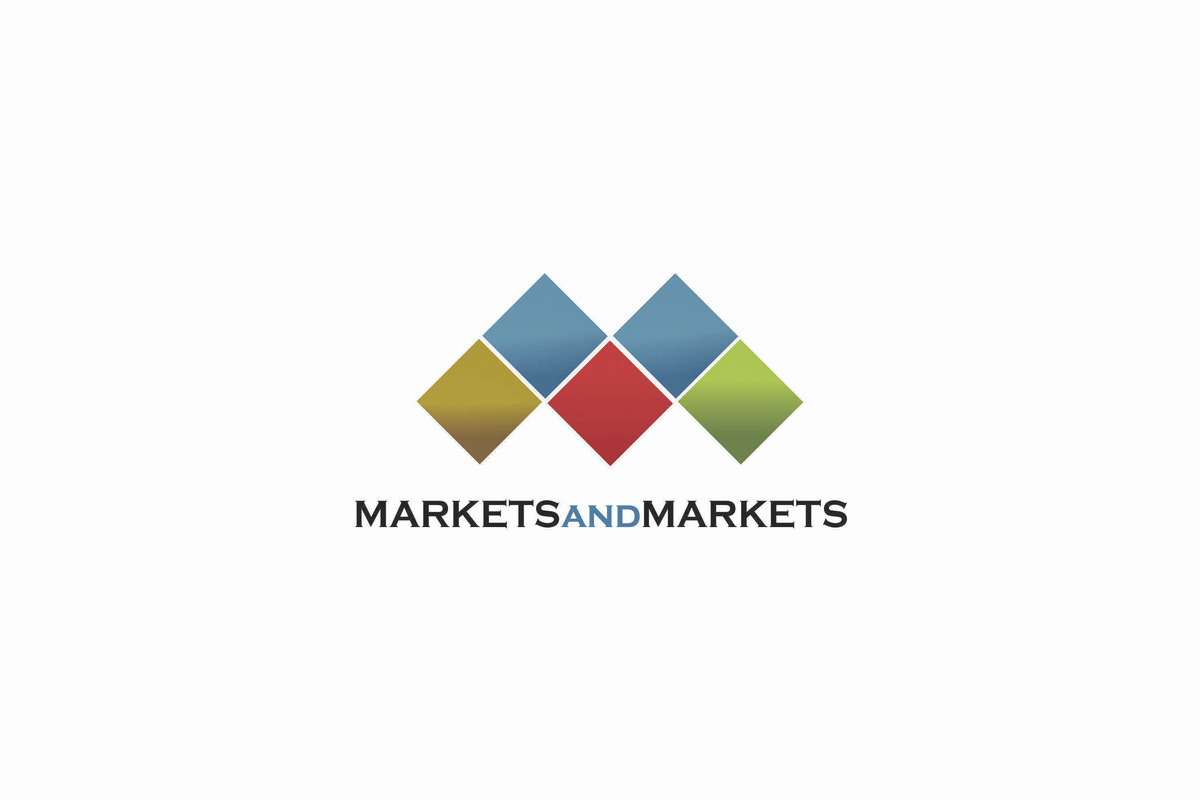 Seed Market Worth $86.0 Billion by 2025 – Exclusive Report by MarketsandMarkets™

According to the new market research report “Seed Market by Type (Genetically Modified & Conventional), Trait (Herbicide Tolerance, Insect Resistance), Crop Type (Cereals & Grains, Oilseeds & Pulses, Fruits & Vegetables), and Region (NA, EU, APAC, SA, RoW) – Global Forecast to 2025”, published by MarketsandMarkets™, the global Seed Market is estimated to be valued at USD 55.4 billion in 2019 and is expected to reach a value of USD 86.0 billion by 2025, growing at a CAGR of 7.6% during the forecast period. Factors such as increasing application of cereals, oilseeds, and vegetables in the food, beverages, biofuels and the pet food industry alongside growing technological advancements, such as the adoption of hybridization and genetically modified seeds are driving the growth of the market.

The conventional segment is accounted to hold a larger market share since a large number of consumers are focused on the adoption of organic foods for consumption. Companies are also focused on the introduction of hybrid seeds which would be able to cater to the problems which farmers face due to the growing cases of infestation on crops.

The other traits segment is estimated to hold the largest market in the seed industry, in terms of value, in 2019

The cereals & grains segment, by crop type, is estimated to account for the largest market share, by value, in 2019

Cereals & grains are said to account for the largest market share due to factors such as an increase in consumption of cereals & grains as staple foods in various Asian and Southeast Asian countries. The growing international demand has also promoted major cereals & grains producers such as China and India to increase their production. The widespread adoption of crops such as corn from the feed, biofuel, and food industries also drives the growth of this segment.

Asia Pacific is the fastest-growing region in the seed market owing to the presence of some of the major seed producers in the world such as China and India. Most of the South East Asian countries are also focused on the production of seeds due to the favorable climatic conditions. Owing to the growing demand from the neighboring countries and the regions such as Europe and North America for oilseeds to cater to the biofuel demands of the importing nations, the market for seeds has been growing in the Asia Pacific region.

Third Edition of Smart Asia 2019 Flagged off in Mumbai

Companies leading the way in cyber security and critical infrastructure, Terafence and Boulder AI, to attend the largest B2B conference in the cyber industry

Colorado and Israel, Jan. 17, 2020 (GLOBE NEWSWIRE) — Two companies with leading-edge technologies in the cyber security industry, Terafence and Boulder AI, will be attending the Cybertech Tel Aviv conference in Israel. The conference is recognized as Cybertech’s most renowned international exhibition and is one of the largest B2B networking events in the cyber industry, outside of the United States.

The two companies will be demonstrating the impact of their collective technologies to conference attendees, which includes Boulder AI’s deep learning camera systems and software, and Terafence’s solution which physically isolates IoT devices and networks while maintaining uninterrupted data flow and control.

The founders of the two companies met while working with Innosphere, Colorado’s leading commercialization program for technology-based startup and scaleup companies. “Both Boulder AI and Terafence have significantly differentiated technologies for cyber protection, very experienced management teams, and great outside investors,” said Mike Freeman, Innosphere CEO. “Introducing the two companies has had mutual benefit for both teams and their timely technologies.”

Set to take place on January 28-30, 2020 in Tel Aviv, Cybertech Tel Aviv 2020 this international cyber event features the most trending topics in the realm of cyber and technology, and features talks by leading decision-makers, government officials, and top executives. Every year, the event attracts thousands of attendees, mainly C-level executives, investors, professionals, and government officials from all over the world.

Terafence is based in Israel and has developed a proprietary cyber security solution with an advanced microchip and firmware, called TFence™, which isolates IoT and NoT (network of IoT) devices while maintaining uninterrupted data flow and control. This type of solution for cyber-secure connectivity and protecting IoT devices has become critical as more cyber threats are being launched through poorly protected IoT assets like edge-based IP cameras.

Boulder AI is based in Colorado and provides the most powerful edge-to-cloud visual intelligence solutions with their deep learning products, including computing hardware, AI algorithms and management platform software. Together, these render artificial intelligence technology valuable to a host of markets including intelligent transportation, utilities, infrastructure, physical security and more. Boulder’s engineers and data scientists bring AI to life to solve today’s problems in real time.

“We’re excited to be partnering with Boulder AI’s experienced team at this month’s Cybertech event,” said Pini Huber, Terafence vice president of sales. “This event is where investors can find the next breakthrough in the cyber industry.”

ORLANDO, Fla., Jan. 17, 2020 (GLOBE NEWSWIRE) — AVRA Medical Robotics, Inc. (the “Company”) (OTCQB: AVMR), a medical software and artificial intelligence company that is in the process of building a fully autonomous medical robotic system through the use of new technologies combining artificial intelligence, machine learning and proprietary software; is attending the 38th J.P. Morgan Healthcare Conference in San Francisco this week. The Company is represented by its CEO, Barry Cohen.

Mr. Cohen has held meetings with various Investment Banking firms and potential strategic partners to update them on the Company’s progress with its medical software procedure program and the development status of its Autonomous Robotics Surgical System, as envisioned by the Company.

As Mr Cohen explains, “The potential of our robotic systems is to perform operations with greater precision than human hands are capable of.”

About AVRA Medical Robotics
AVRA Medical Robotics, Inc., (OTCQB: AVMR) is empowering doctors and the practice of surgery through the use of software and artificial intelligence. AVRA, with a research agreement in place with the University of Central Florida known for its advances in robotics and guidance systems, is developing a fully autonomous surgical robotic system that “robotizes” a wide range of surgical procedures currently being performed by human hands using surgical and non-surgical devices and instruments. AVRA is concentrating its research and development efforts to meet rising expectations of patients and practitioners alike for the precision, efficiencies and safety offered by robotics, artificial intelligence and proprietary software when combined with proven medical devices and surgical instruments. AVRA’s current focus is developing a treatment-independent precision guidance system, applicable to a variety of minimally and non-invasive procedures, to leverage the growing demand for practical medical robotic devices, with an initial focus on skin resurfacing aesthetic procedures.
For more information visit the company’s website at www.avramedical.com.

Forward Looking Statements
This press release may contain statements that are not historical facts and are considered forward-looking within the meaning of the Private Securities Litigation Reform Act of 1995. The words “anticipate,” “assume,” “believe,” “estimate,” “expect,” “will,” “intend,” “may,” “plan,” “project,” “should,” “could,” “seek,” “designed,” “potential,” “forecast,” “target,” “objective,” “goal,” or the negatives of such terms or other similar expressions to identify such forward-looking statements. These statements relate to future events or AVRA’s future financial performance and involve known and unknown risks, uncertainties and other factors that may cause our actual results, levels of activity, performance or achievements to be materially different from any future results, levels of activity, performance or achievements expressed or implied by these forward-looking statements.

COMPETITION ANALYSIS
The key market players profiled in the report for tooling market include FireFly Automatix, Inc., Kesmac Inc., KWMI Equipment, MAGNUM ENP, Trebro Manufacturing, Inc. and Turf Tick Products B.V.
The companies are adopting product development strategy to expand their product features according the growing demands from the market. For instance, the company FireFly Automatix Inc. developed their automated turf harvester ProSlab 155 Turf Harvester by introducing new feature of GPS Auto-Steer. The guidance system enables operators to harvest a field in straight lines, on different terrains such as slopes, rolling terrains, or rough grounds. Moreover, the company FireFly Automatix, Inc. utilizes depth control system to adjust the thickness of turf which is cut according to the user’s requirement and thereby, improve the end product quality. Furthermore, these players have been operating using various representatives and distributors to provide better sales and services. For instance, the company TurfTick Products B.V. offers automated turf harvester product sales and services in the European Union under the company name Nannings van Vuuren Sales.

KEY BENEFITS FOR STAKEHOLDERS
? The report provides an extensive analysis of the current and emerging global automated turf harvesters market trends and dynamics.
? In-depth analysis of the market is conducted by constructing market estimations for the key market segments between 2018 and 2026.
? Extensive analysis of the market is conducted by following key product positioning and monitoring of the top competitors within the market framework.
? A comprehensive analysis of all the regions is provided to determine the prevailing opportunities.
? The global automated turf harvesters market forecast analysis from 2019 to 2026 in the report.
? The key market players within the market are profiled in this report and their strategies are analyzed thoroughly, which helps understand the competitive outlook of the industry.
GLOBAL AUTOMATED TURF HARVESTERS MARKET SEGMENTS