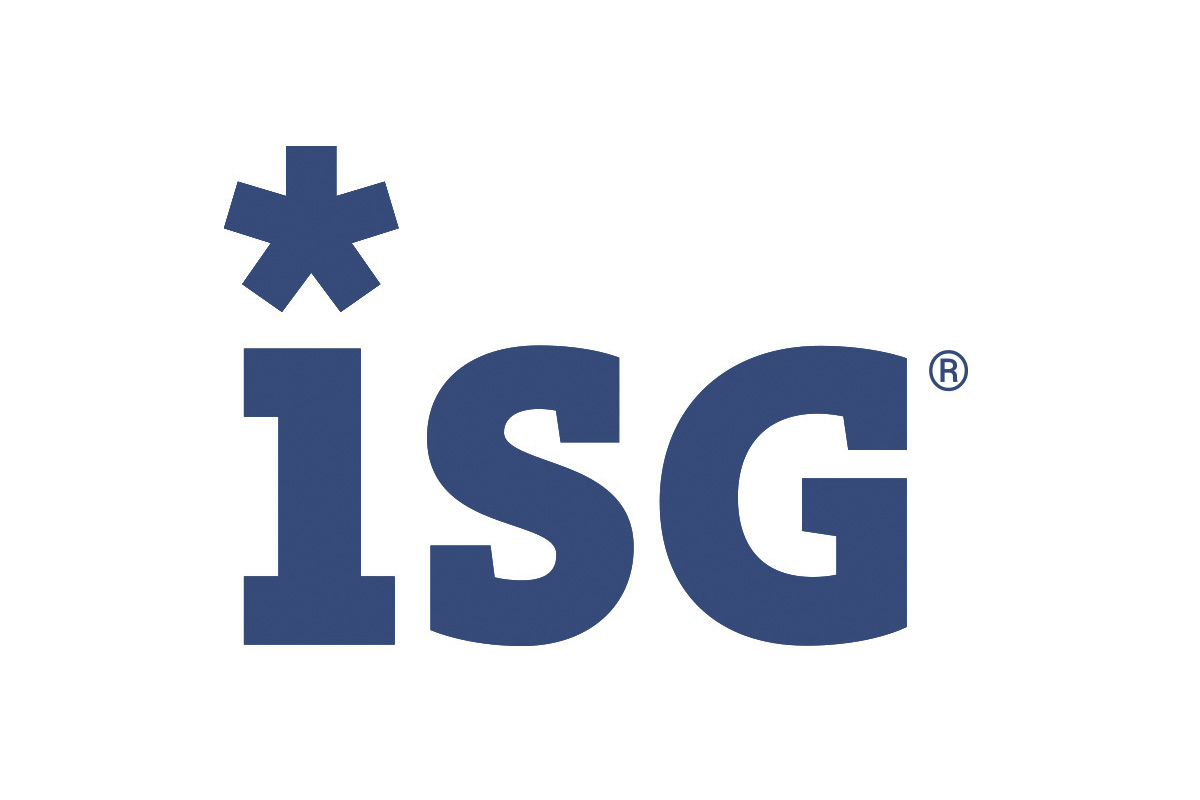 At the same time, demand for cloud-based as-a-service solutions rose 10 percent year over year, to a record €1.6 billion (₤1.4 billion), but the increase was not enough to offset the slowdown in managed services spending. Overall, the combined EMEA market was down 7 percent, to €3.7 billion (₤3.2 billion).

The ISG Index noted that while global spending on technology and business services is increasing (combined market ACV in the third quarter rose 13 percent on record demand for as-as-service solutions, particularly in the Infrastructure-as-a-Service space), concerns in Europe about recession, Brexit and trade wars mean companies remain extremely cautious about spending. ACV in each of the region’s three largest markets – UK, DACH and France – was down by double digits in the third quarter compared with the prior year. The number of contracts awarded in EMEA during the quarter was down 11 percent, to its lowest level in more than two years.

Companies, however, continue to invest in cloud-based services and digital transformation projects, particularly in the retail sector, where 62 percent of overall spend is for as-a-service solutions. For the sixth consecutive quarter, the ACV of as-a-service contracts in EMEA exceeded €1.3 billion (₤1.1 billion). Year to date, as-a-service accounted for 39 percent of combined ACV, compared with just 20 percent three years ago. But at 10 percent this quarter, growth still lags behind the Americas and Asia Pacific, which saw as-a-service gains of 26 percent and 14 percent, respectively, this quarter.

Year to date, managed services ACV in the UK and Ireland decreased 4 percent, from €2.2 billion (₤1.9 billion) to €2.1 billion (₤1.8 billion), a relatively modest decline as companies appear to have shrugged off much of the ongoing uncertainty around Brexit. However, as the Brexit deadline neared, ACV in the third quarter was down 11 percent compared with the prior year, and down 27 percent compared to this year’s second quarter. The biggest impact on the UK outsourcing market was that of Brexit-related uncertainty on the performance of the pound sterling, which means UK businesses may wait for the market to settle before deciding on a strategic direction.

DACH was the worst hit overall, with ACV down 24.5 percent, from €2.5 billion (₤2.2 billion) to €1.9 billion (₤1.6 billion) year to date compared with the same period last year. ACV in the third quarter was down 36 percent compared with the prior year, but up 31 percent quarter on quarter this year. The lack of growth is largely associated with the manufacturing industry, which was impacted by fines and legal action resulting from the VW emissions issue, and trade wars impacting German exports, which affects overall GDP.

However, the ISG Index notes real opportunity in the DACH market as German multinationals embrace the cloud (Germany was relatively late compared to other markets here, because of questions of security and privacy) and begin to adopt as-a-service solutions in greater numbers.

France, while down 23 percent in the third quarter compared with last year, has seen overall growth for the year-to-date period compared with the same period last year, with ACV up 29.3 percent, from €540 million (₤467 million) to €698 million (₤603 million).

Steve Hall, partner and president, EMEA, ISG, said: “Political and trade issues are contributing to a mixed stance on technology spending, with enterprises largely split on investing for growth or leveraging technology for cost reduction through 2020. Many technology providers remain cautiously optimistic regarding their pipelines and the demand environment. In the near term, providers will be watchful of external factors that could impact customers and their decision to spend.”

ISG is projecting 22 percent year-on-year ACV growth for the remainder of 2019 in the as-a-service market. “We are casting a watchful eye on continued U.S. trade talks with China and how technology firms look to cope with demand issues if China becomes more restrictive in its approach with U.S. firms,” Hall said.

“In the overall IT and business services market, we are also taking a more conservative perspective by lowering our forecast more than 50 basis points to 2.6 percent for the remainder of 2019. This takes into account FX headwinds due to the strong U.S. dollar and possible top-line softness by a few of the largest providers in the sector.” 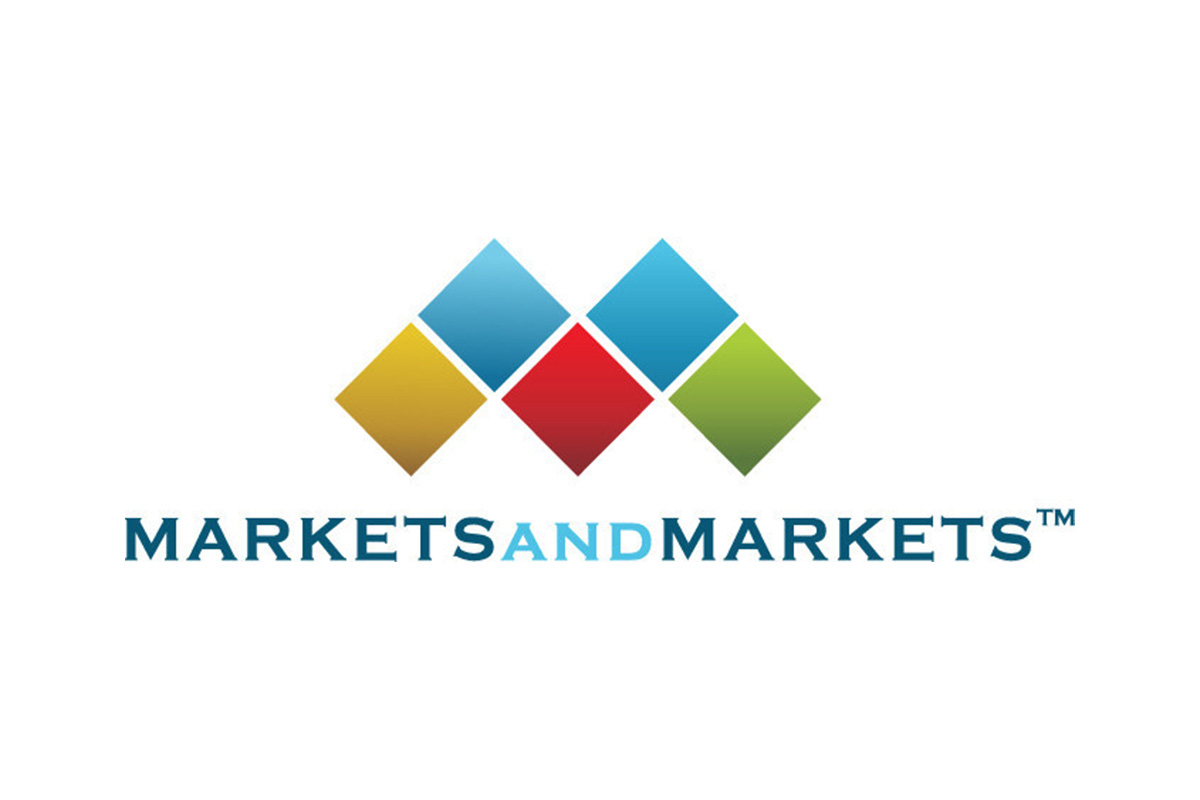 According to the new market research report “Plant Asset Management Market (PAM) by Offering (Software and Services), Deployment Mode (Cloud-based and On Premises), Asset Type (Production Assets and Automation Assets), End-user Industry (Process and Discrete), and Geography – Global Forecast to 2024″, published by MarketsandMarkets™, the Plant Asset Management Market is projected to grow from USD 5.5 billion in 2019 to USD 9.4 billion by 2024, at a CAGR of 11.3%. Major factors fueling the market growth include surging adoption of lean manufacturing practices by several organizations, increasing focus on providing cloud-based PAM solutions to satisfy customer demands, escalating demand for asset management software that can identify potential failures to avoid futuristic loss, and growing need for real-time data analytics.

The deployment of PAM software is a costly process and a one-time activity, whereas PAM services that include maintenance needs, software upgrades, and personnel training are demanded by end-user industries continuously. Hence, PAM services have a more significant contribution to generating more revenue than PAM software solutions. Further, market players are focusing on offering industry-specific services to meet the ever-changing demands of different industries.

Rising adoption of PAM solutions for monitoring rotating and reciprocating equipment, among others, across various industries is expected to drive the growth of the PAM market during the forecast period. Moreover, incidents of unplanned shutdowns or slowdowns due to equipment failures lead to high financial loss in terms of damage to equipment, production losses, and unscheduled maintenance. However, real-time health and performance insights encourage informed actions and decisions to improve plant efficiency minimizing risks of equipment failure, thereby reducing the wastage of valuable finances. Hence, the demand for PAM solutions is high to manage these production assets.

“Asia Pacific to be largest market for PAM during forecast period” 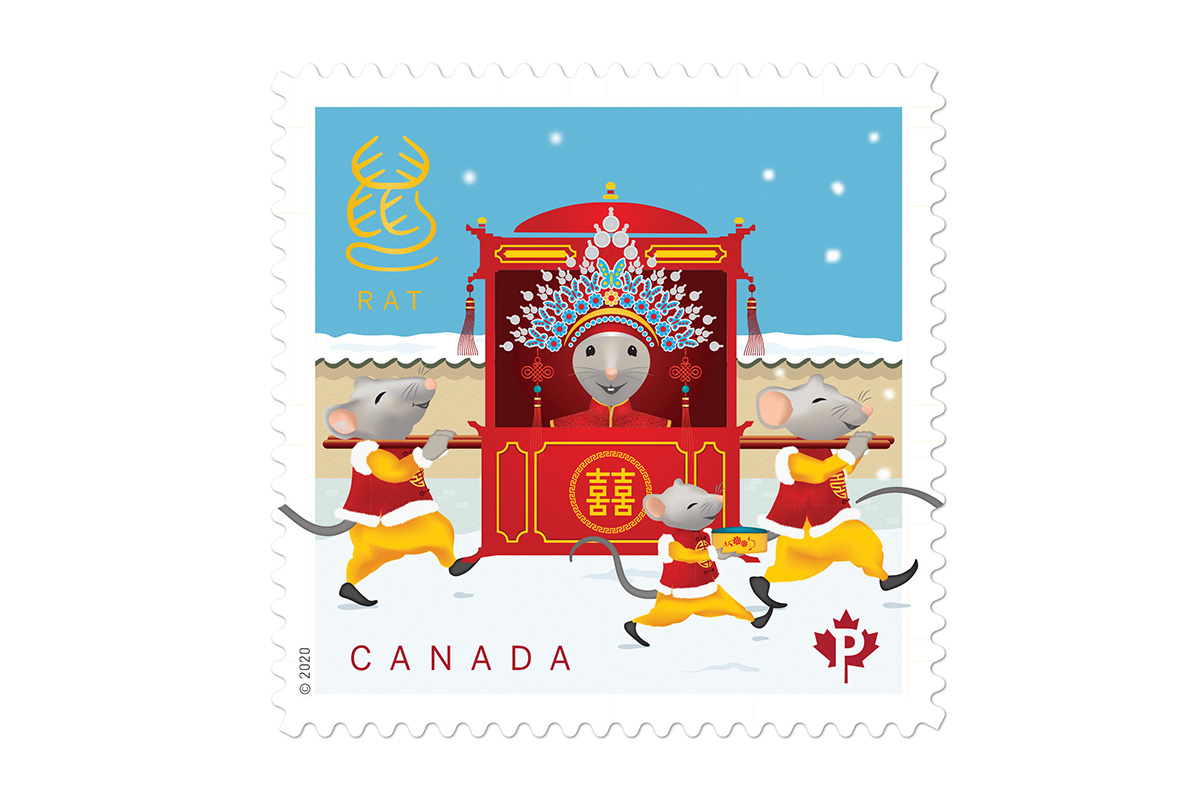 Year of the Rat stamp

Canada Post has issued two stamps celebrating the Year of the Rat – representing the first year in the Lunar New Year cycle and the final issue in a second 12-year series honouring the annual festival.

The Year of the Rat begins on January 25, 2020, and ends on February 11, 2021. A symbol of fertility and intelligence, the rat is said to confer great cunning, tact and vitality on those born under its sign.

Designed by Albert Ng (O.Ont.) and Seung Jai Paek, of Albert Ng and Associates, the stamps portray the traditional story of the rat’s daughter’s wedding in the style of folk art known as Chinese farmer painting. The Permanent™ domestic-rate stamp depicts the bride on route to her nuptials, while the International-rate stamp reveals the happily married couple.

The Year of the Rat stamps will be available tomorrow, January 17, in Permanent domestic- and International-rate booklets, as well as a gummed pane of 25 domestic-rate stamps framed by four Chinese blessings. Philatelic collectibles include an unsealed, International-rate Official First Day Cover suitable for use as a “money envelope” for traditional gift-giving.

Follow these links for high-resolution images and additional information in Details magazine. 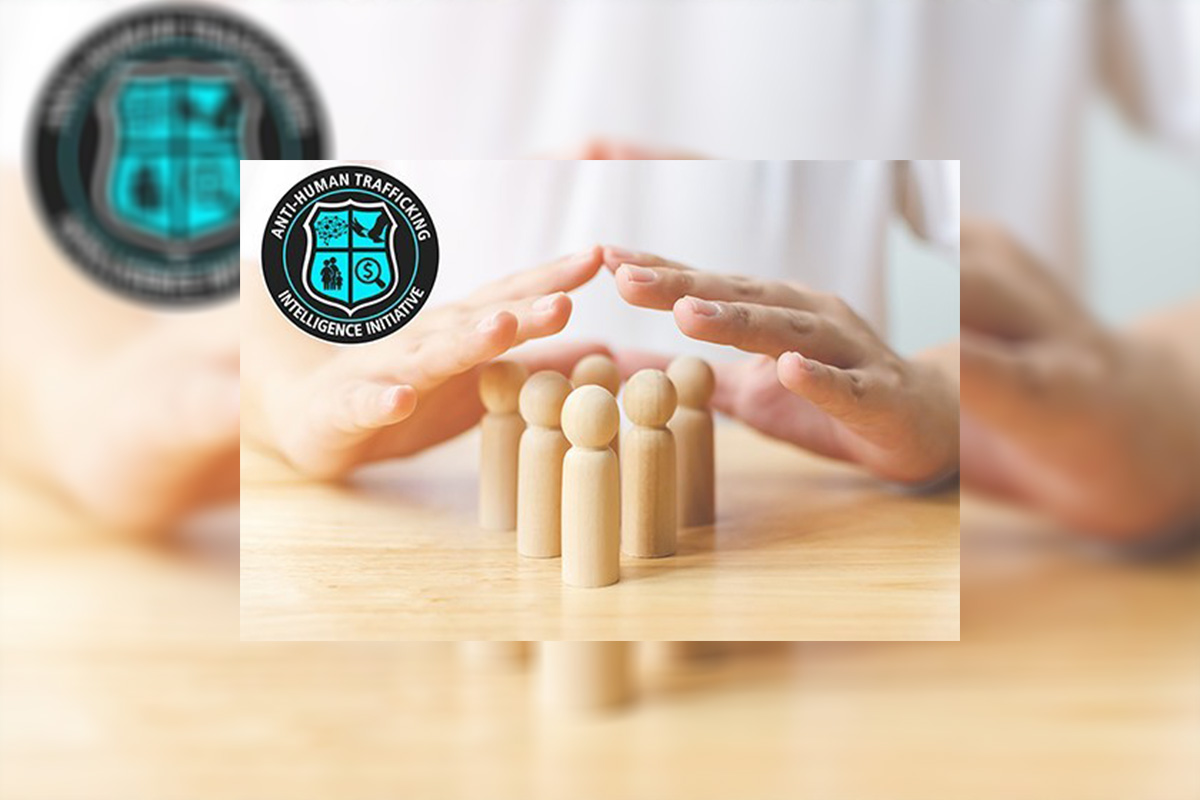 Assisting the Fight  Across the United States, human trafficking exists everywhere, even in your local town square.  The horrifying statistics drove Aaron Kahler to found the Anti-Human Trafficking Intelligence Initiative, a non-profit dedicated to partnering with financial institutions, corporations and law enforcement to combat human trafficking.

For example, nestled into a pristine part of the Poconos, Stroudsburg is an idyllic borough in Pennsylvania, a vibrant town, a vacation haven.  Last week in Stroudsburg, the US Attorney’s Office in Pennsylvania announced that Sirvonn Taylor, was sentenced to 20 years’ imprisonment for heading-up a conspiracy that forced women to engage in prostitution. In this bucolic town, “Females were ‘sexed-in’ to the gang, forced to engage in sex with members and recruited to engage in prostitution.” PR 1.6.2020

Technological OutreachATII will disrupt the way traffickers operate around major events nationwide starting at this year’s Super Bowl in Miami, FL with the release of a human trafficking awareness and victim outreach mobile application. The application allows victims to scan a QR code where necessary help can be accessed in her primary language.

Driving Corporate Social Responsibility Relying on technology/data partnerships and corporate social responsibility leadership, ATII has been able to curate initiatives and provide resources to organizations including:

Networking and Partnerships Extend the Battle Against Human Trafficking Leveraging ATII’s programs, best practices, data, technology and reporting mechanisms in as many financial institutions as possible will directly result in Suspicious Activity Reports (SARs) being filed on human trafficking and ultimately save lives while bringing traffickers to justice.