Among the technologies, Distributed mMIMO, HBF, and pCell are already available and expected to be deployed on a larger scale in 2023. “Distributed mMIMO integrates mMIMO into indoor systems to enable gigabit connectivity and sustainable network capacity expansion. HBF antennas are tailored for mmWave and software-defined antennas to employ the lowest possible architecture in terms of Size, Weight, Power, and Cost (SWaP-C), which is acknowledged to be an important consideration by network operators in denser 5G networks. pCell technology exploits interference in wireless networks through large-scale coordination among distributed transceivers and synthesizes a cell for each user. It multiplies the spectrum capacity with uniform and high data rates in the entire coverage area,” explains Fei Liu, 5G and Mobile Network Infrastructure Industry Analyst at ABI Research.

“Moving toward 5.5G Open RAN DASs could be another technology where there are open interfaces between the Radio Units (RUs) and Virtualized RAN (vRAN) functions operating on cloud infrastructure, resulting in a reduction of the number of transmitter elements and, thus, the related power consumption, addressing one of the major issues that network operators face. In the longer term, RIS and Radio Stripes are viewed as promising for enhancing indoor coverage,” Liu adds. A RIS is nearly passive, does not have power amplifiers, and does not transmit new waves. Hence, the power consumption is much lower. A radio stripe is another technology expected to improve network quality and performance while enabling easy network deployments.

“Academic research on RISs has been going on for several years, and now is the time for industry players, including vendors and network operators, to be heavily involved and provide clearer feedback on which directions to prioritize,” Liu recommends. “A RIS requires time and experience to build up as a revolutionary technology.” 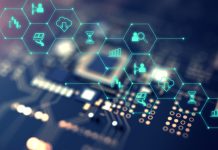 Infusion Pump Market to Reach US$ 17.7 billion by 2030: Growth Plus Reports