Key Highlights
Various types of equipment used in the semiconductor manufacturing process have been studied for individual analysis and to estimate the market size. Different types of semiconductor metrology and inspection equipment focused under the scope include lithography metrology, wafer inspection, and thin film metrology. The sale of this equipment has also been evaluated in critical regions such as North America, Europe, Asia-Pacific, and the Rest of the World.
Semiconductor metrology instruments include ion mills, C-V systems, interferometers, source measure units (SME) magnetometers, optical and imaging systems, profilometers, reflectometers, resistance probes, resistance high-energy electron diffraction (RHEED) systems, and X-ray diffractometers.
The demand for high-performance, low-cost semiconductor materials is driven by smartphones and other applications across consumer electronics, automotive applications, etc. These industries have been inspired by technology transitions, such as wireless technologies (5G), artificial intelligence, etc. Also, the increasing trend of IoT devices is expected to increase investments in this equipment from the semiconductor industry to attain intelligent products.
Enterprises operating in the semiconductor manufacturing market need additional metrology support from time to time. Technological advancements require these enterprises to maintain a state-of-the-art measurement lab and engineering staff. However, modifying the metrology process in tune with the changing semiconductor equipment may necessitate the companies to invest high amounts to set up the required systems.
The COVID-19 pandemic influenced the overall semiconductor manufacturing market from the demand and supply sides. The global lockdowns and closure of semiconductor plants also fueled the supply shortage. The COVID-19 effects were also reflected in the market studied. However, many of these effects are likely to be short-term. The market studied is gradually improving despite the COVID-19 pandemic, as many governments worldwide are providing funds to expand chips for various end-user industries, especially automobiles and consumer electronics.

The growing adoption of connected devices in residential and industrial sectors is augmenting the demand for high-performance semiconductors. According to a study by Metova, a provider of mobiles, connected cars, and intelligent home solutions, IoT device ownership increased by 10% every year, with 75% of the people surveyed stating that they owned an IoT device.
Metova’s study suggests that the most commonly owned IoT device categories are smart Bluetooth trackers (over 30%), smart thermostats (63%), and home retrofit devices (70%).
Apart from the residential sector, the industrial sector’s adoption of IoT is rapidly increasing. For instance, according to Aruba Networks, IoT devices have become increasingly pervasive, with 85% of all businesses believed to have implemented the technology.
According to SEMI, in the second quarter of 2021, global area shipments for silicon wafers reached 3.53 billion square inches, up from the 3.34 billion square inches recorded in the previous quarter. This indicated the usage of high-performance semiconductors in connected devices, which, in turn, is driving the market studied.
The demand for metrology equipment is expected to gain traction with the increasing demand for electronic products. Technological advancements have made it possible for next-generation, high-precision equipment to become standard features in the production lines.

Asia-Pacific Expected to Witness Significant Growth in the Market

According to semiconductor engineering, a surge in demand for chips at more mature process nodes is causing shortages for both 200 mm foundry capacity and 200 mm equipment. The scarcity will likely persist for years, driving up prices and forcing significant changes across the semiconductor supply chain.
These statistics are likely to have a direct impact on the revenues of the semiconductor equipment market in the region. SEMI forecasts that South Korea, China, and Taiwan will continue their dominance as the most prominent equipment markets.
China’s State Council 2014 National Integrated Circuit Industry Development Guidelines aimed to become a global leader in all semiconductor industry segments by 2030. The Made in China 2025 initiative also maintains knowledge of advanced semiconductor manufacturing as a vital component of China’s future economy and society. It is highly focused on the strategy to build a strong manufacturing nation worldwide.
The initiative is expected to encourage local and foreign companies to invest in the Chinese market across various segments, including integrated circuits. The industry also prompts the government bodies to boost R&D activities. Therefore, China may rely on domestic companies for core technologies rather than the international ones, which may propel innovation in the semiconductor manufacturing industry.
Moreover, 55 Japanese material manufacturers and automobile manufacturers in automotive batteries formed the Battery Association for Supply Chain (BASC) on April 14, in response to the threat of China seizing control of their procurement network. The goal of the new entity is to expand the domestic supply network. Such alliances may boost the adoption of metrology/inspection equipment, thereby significantly propelling the market’s growth in the coming years.

The semiconductor metrology and inspection equipment market is competitive, with the presence of many regional and international players. Innovation drives the market in product offerings, and each vendor invests in innovation.

September 2022 – KLA Corporation announced its plans to build a new R&D and manufacturing center in Newport, Wales, United Kingdom. The latest development designed to meet the BREEAM standard of excellent sustainability rating is expected to include a capital investment of more than USD 100 million and create a 200,000-square-foot facility.
July 2022 – Onto Innovation Inc. announced the latest addition to its family of Acoustic Metrology products. The new Echo system further expands the addressable market for in-line characterization of opaque films, estimated to be approximately USD 110 million, by leveraging the principle of picosecond ultrasonics to deliver critical thickness metrology and material characterization for key technology transitions in the leading-edge DRAM and high-stack NAND memory markets.
May 2022 – Nikon Corporation (Nikon) announced a renewed lineup of two counters and five measurement stands for the Digital Length Measuring System “DIGIMICRO,” which consists of three units, DIGIMICRO Head, Counter, and Measurement stand. 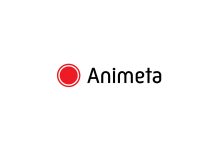 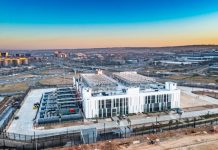 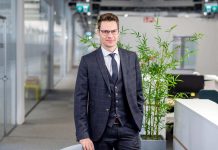