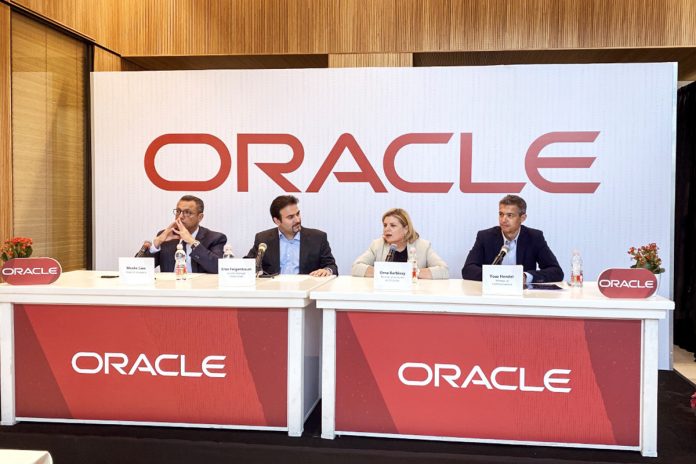 NEOM Tech & Digital Holding Company – the first holding company to be established as a subsidiary of NEOM – today announced Oracle as the first tenant of its hyperscale data center at NEOM. Oracle Cloud Infrastructure (OCI) will be hosted at the data center, providing a high-performing, resilient foundation for cloud services.

Speaking at the Kingdom’s flagship Future Investment Initiative event, His Excellency Abdullah Alswaha, Minister for Communications and information Technology and Chairman of the NEOM Tech & Digital Hold Co. Board of Directors, said: “Saudi Arabia is fast emerging as a global technology hub and NEOM Tech & Digital Hold Co.’s partnerships with Oracle and EzdiTek will enable us to build the foundations required to deliver on our full potential. The data center will not only attract global businesses by creating a powerful platform for knowledge exchange, but it will also empower innovators to pilot their ideas at scale inside the Kingdom. Today’s announcement means the realization of technology that will serve the ambitions of the public and private sector across the region and far beyond, positioning Saudi Arabia at the forefront of the industry.”

Richard Smith, Executive Vice President – Technology, EMEA, Oracle, said: “We are fully committed to support Saudi Arabia’s digital economy objectives in line with Saudi Vision 2030. Conceived and architected on security-first principles, Oracle Cloud Infrastructure is the preferred cloud in Saudi Arabia. With this collaboration with NEOM, we are now expanding our footprint in the Kingdom to continue supporting the digital transformation initiatives of the country’s public and private sector organizations.”

Nadhmi Al-Nasr, CEO of NEOM, said: “Establishing a hyperscale data center at NEOM represents a significant milestone and is the first step in creating NEOM as a new internet exchange point. This partnership offers a dynamic blueprint for alliances, making a major stride towards our goal of becoming an economic engine for the region and the world.”

Fabio Fontana, Executive Director of NEOM Tech & Digital Hold Co. Cloud Park, said: “The data center is the first step in our overall Cognitive Connectivity Hub strategy and combines levels of compute and connectivity that will be unrivalled in the region. NEOM Tech & Digital Hold Co. Cloud Park will create an end-to-end gateway to the Kingdom and GCC markets for global content giants and providers of cloud, networking and internet services. NEOM is the perfect location for providers seeking to co-locate their infrastructure – it will be cost-effective, drawing on high-speed connectivity and an abundance of skilled talent.”

NEOM Tech & Digital Hold Co. (via its affiliates, NEOM Company) also announced a USD 0.5bn joint venture with EzdiTek (via its affiliate, FAS Energy Trading Co, a subsidiary of Saudi Arabia’s Fawaz Alhokair Group) to power the creation and operation of the data center. EzdiTek will partner with global engineering and architectural firms RED and Gensler.

Kamel Alqalam, Group Managing Director, Fawaz al Hokair Group, said: “We are proud to partner with NEOM Tech & Digital Hold Co. and support on a strategic project of this magnitude and importance. It will allow us to offer our co-location customers access to pioneering data center facilities. NEOM offers a truly inspiring future and as leaders in renewable energy in the Kingdom we are excited by the opportunity to help realize that vision.”

The data center, 51% owned by NEOM Tech & Digital Hold Co. and 49% by EzdiTek, will be designed to meet the highest security standards in the industry and serve MENA, parts of Sub-Saharan Africa, and eventually Europe. The data center is strategically located at the nexus of terrestrial and sub-sea cable cables, enabling it to provide customers with fast and reliable connectivity.