Xeno Holdings, a Hong Kong-based investment company specializing in technology, holds a leading position as an investor and incubator for multiple business ventures including Web3 DAO tools, artificial intelligence services, and global SaaS platforms. As the joint operator for proprietary services like Xclusive.market (https://xclusive.market), a one-stop NFT marketplace, and Xeno Labs, a crypto venture accelerating arm, Xeno Holdings has been building its presence in the tech and art industry and is preparing to expand the scope of business into the Web3 sports and entertainment space including metaverse-based game narratives.

Xeno Holdings will co-develop a blockchain ticketing solution with LeewayHertz. Blockchain ticketing is a unique concept that allows users to purchase tickets to both offline and metaverse events in the form of an NFT. Through this service, the creators or the user who hosts the events are given the option to sell NFT-based admission tickets in the form of either direct sale or auction. Since the ticket is minted as an NFT, the user that purchases the ticket can permanently keep it, put it on display, or choose to sell it either before or after the date of the event as needed in the secondary market or simply transfer it to other users via a Web3 wallet. Xeno Holdings aims to deploy this exclusive service as an effort to bring transparency to the ticketing industry while increasing operational efficiency for event organizers both in sports and entertainment.

Alongside Bridgeport Xeno Holdings and LeewayHertz invested in Tashi, a Polkadot-based Web3 gaming platform focused on building a transparent and participatory game development ecosystem that, among other features, incentivizes decentralized contribution.  The first project milestone was achieved recently, with Tashi becoming the winning bidder at the auction for the 21st Polkadot Parachain. For this auction, Tashi raised 1 million USD through Xeno Holding’s strategic investment, resulting in the lock-up of 76,000 DOTs as the final bid. Xeno Holdings plans to continue its efforts in expanding its ecosystem into the gaming industry and lowering the threshold for businesses entering the space, while also adding yet another blockchain network as part of their multi-chain endeavor, effectively acquiring a new user-base and activating further user engagement.

Alan Miller, President of Xeno Holdings, commented, “I am delighted to announce today’s partnership with LeewayHertz and the recent milestone we have achieved collaboratively with Tashi, and look forward to the many synergistic development efforts that will lead to further value creation for our portfolio companies and for the entertainment industry as well.”

Headquartered in San Francisco, LeewayHertz is a leading software development company, designing and delivering tailor-made digital solutions to enterprises and startups worldwide. Our team of 250+ full-stack developers, designers and innovators have designed 100+ digital solutions. We use emerging technologies like Web 3.0, blockchain, and cloud, helping companies to launch next-generation applications and solutions that are more open, efficient and secure. 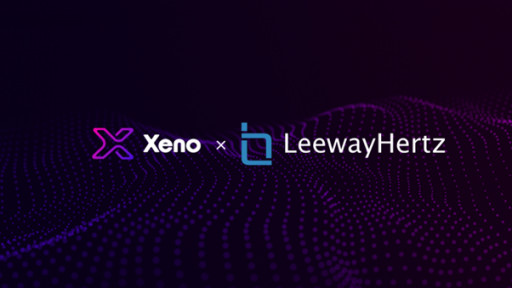 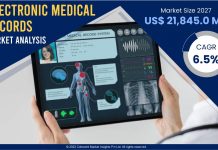 The Smart Homes Market Is Expected To Reach $205 Billion By 2026, Driven By The Growing Adoption Of Smart Devices As Per The Business...

OTC Artificial Tears Market Size is projected to reach USD 6.79 Billion by 2030, growing at a CAGR of 5.10%: Straits Research