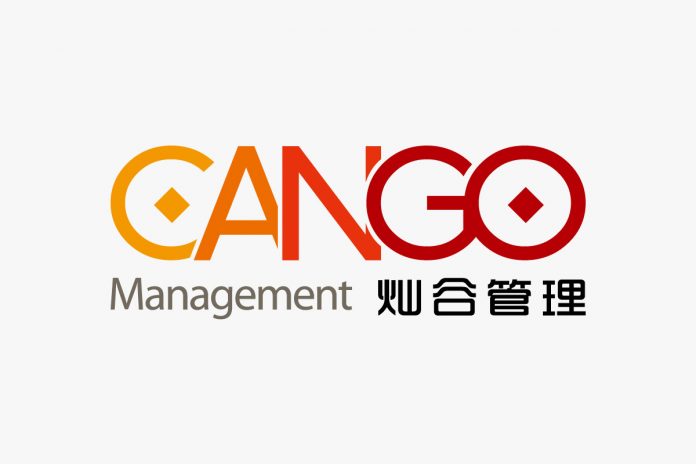 Below is an article from the Company’s 5th edition for September 2021.

The widely-publicized global semiconductor chip shortage brought about by the Covid-19 pandemic is causing disruptions across all industries, including auto production and sales. The chip shortage has persisted since early 2020, but the most recent wave in July 2021 has proven especially challenging for automakers. Both conventional fuel and new energy vehicles require a stable supply of semiconductor chips. NEVs are particularly chip-hungry given their higher degree of electronics adaption and intelligence, as well as greater number of onboard cameras and sensors. According to the China Association of Automobile Manufacturers’ (CAAM) preliminary estimates, in 2022, traditional fuel vehicles in China contain approximately 934 chips per vehicle, while NEVs contain approximately 1,459 chips per vehicle.

Sales of various auto brands clearly reflected this insufficient production capacity. Volkswagen’s domestic market share fell below 10% (9.64%) for the first time in July 2021, while Toyota, the runner-up, was only 60 bps behind. Dongfeng Honda and GAC-Honda were both squeezed out of the top ten auto companies in sales. Sales of GAC Fick, which suffered the greatest production reductions, dropped by a whopping 82%!

July 2021’s mismatch between production and sales may be just the tip of the iceberg. Since the second quarter of 2021, domestic car sales have declined for several consecutive months, illustrating that the automotive chip shortage is no longer a short-term problem. As early as December 2020, SAIC-VW and FAW-VM were both forced to halt production because of chip shortages. On June 10, 2021, the Central Finance and Economics Committee revised its opinion on the automotive chip shortage, which has now resulted in production reductions totaling nearly three million vehicles. With this latest wave of chip shortages, domestic car companies will likely be facing a disconnect between production and sales for the foreseeable future.

NEV brands, led by Li Auto, NIO and Xpeng in recent years, were also victims of the crisis. According to their August sales data released on September 1, 2021, Li Auto remained in first place, followed by Xpeng. However, NIO, which suffered a devastating double blow to its production due to the chip shortage, was replaced by HOZON Auto in the top three. One of NIO’s suppliers, Nantiao Quanxing, is located in a high Covid risk area in Nanjing and was forced to shut down its factory in August 2021. Because Nantiao Quanxing is the sole supplier of A and B-pillar interior panels for NIO’s ES6 and EC6 models, its shutdown badly affected NIO’s production. In addition, STMicroelectronics, a supplier of Bosch ESP, reduced production due to the pandemic situation in Malaysia. This in turn affected Bosch’s supply to NIO ESP. Following a sales decline in July 2021, NIO’s August sales hit a new low of just 5,880 total sales, down 25.8% from the previous month.

According to Shen Yanan, co-founder of Li Auto, the widespread chip shortage may continue through the end of this year or the beginning of next year. To deal with this situation, Shen said that Li Auto communicates with suppliers daily. Given continued growth in the number of orders, Li Auto will face some chip pressure, but Shen believes that the company is very flexible in terms of timely adjustments.

Overall, the chip shortage has placed relatively lighter burdens on dealers in comparison with OEMs. However, they are still facing unique challenges. According to certain brands’ salespeople, although chip shortages have led to “stock-out” of some popular models, inventory pressure on manufacturers has abated. At the same time, as consumers tend to favor highly sought-after products, the chip shortage has stimulated car purchases somewhat as consumers compete for a limited supply of the most popular models.

According the latest FAW “China Auto Dealer Vehicle Inventory Alert Index Survey” released by CADA, the Vehicle Inventory Alert Index (VIA) dropped by 1.1% year-over-year to 51.7% in August. Although it is still above the 50% official warning threshold, inventory pressure may continue to decline during the “Golden September and Silver October” peak sales season, given the chip shortage’s influence on production as well as increasing adoption of China’s “price protection” policy.

The chip shortage has affected the sales of promotion-oriented models most severely, as dealers set low prices for these models to increase sales volume but lack sufficient supply to meet demand. Dealers depend upon high sales volumes for these models to maintain healthy cash flow. Compounding the cash flow problem for dealers, rents for automotive retail space can reach RMB100,000 or more per month in some tier-1 and tier-2 cities, eating up their cash reserves. Delivery delays of some mainstream JV brands further added to dealers’ cash flow management issues.

There is a bright side to this story – auto parts companies are seeing a huge uptick in orders. According to the latest statistics released by the General Administration of Customs, exports of auto parts between January and August 2021 reached RMB316.58 billion, up by 34.6% year-over-year, and grew by nine times compared to export volume (RMB31.22 billion) during the same period of 2019. Although the chip shortage and the drop in global auto sales has resulted in shrinking demand from traditional OEMs for auxiliary parts, demand is surging in the NEV market and the repair and maintenance market.

Zhengdian Finance of CCTV recently interviewed Kong Chenhuan, General Manager of Zhaofeng Mechanical and Electronic, a hub bearing company in Hangzhou, Zhejiang. Kong said that orders have grown by over 80%, occupying the company’s production capacity for the next three months. He attributes this strong growth (particularly in the second half of the year) to the recovery of previous orders, as well as the relatively low inventory level in the overseas end market. Huida Machinery Manufacturing, located in Huzhou, Zhejiang, is also busy producing aluminum auto parts such as steering gears. As their orders continue to grow, Huida has consolidated and expanded its production lines and added three automated production lines, increasing its production efficiency by 30%.

Although the chip shortage and the drop in global auto sales has resulted in shrinking demand for auxiliary parts from traditional OEMs, the demand is surging in the NEV market and the repair and maintenance market.

Yang Fudong, assistant to the secretary-general of the After-sales Parts Branch of the CADA, said that there are actually fewer auxiliary OEMS because of the decline in car sales and the changes in parts due to the industry shift towards new energy vehicles. With the development of new energy vehicles, parts such as chassis, motors, batteries, and electronic controls are in greater demand. In addition, demand for after-sales service is high and is expected to increase as NEVs age and the overall penetration of automobiles in China grows.

Profitability During the Crisis

The chip crisis and price increases in raw materials have affected revenues and profits across the auto industry, particularly in the auto parts industry. Due to price increases in raw materials, production costs have increased by about 30% for certain domestic auto parts companies. Facing this upstream pressure, automakers, auto parts companies and dealers have developed various strategies to cope with the crisis and remain profitable.

Tesla was one of the first companies to take action. In May 2021, Tesla announced on its official website that it would raise the prices of its Model 3 and Model Y by USD500 (approx. RMB3,200) in some parts of the U.S. This was Tesla’s fifth such price hike announcement. In March 2021, Tesla China announced that it would raise the price of Model Y by RMB8,000, due to the increase in manufacturing costs. Tesla also said that they are considering acquiring a chip factory to resolve their chip shortage issues.

Tesla is not alone in planning ahead. When early signs of raw material price increases began to emerge in 2020, some auto parts companies signed fixed-rate supply agreements with raw material suppliers both domestically and abroad and have enjoyed the benefits of protection from this year’s huge price increases. Certain other parts companies swiftly responded by buying excess raw materials at low prices and storing them for future use, effectively reducing production costs as prices began to climb.

The increase in raw materials affected OEMs, dealers and parts suppliers to different extents each of whom coped with the situation in their own ways. Meanwhile, the second-hand car market, which already showed huge potential, is likely to be showered with a new round of growth.

At the monthly analysis meeting of CADA on September 1, 2021, Qiu Kai, director of the Industry Coordination Division, pointed out that September opens the traditional peak season for car sales. Despite reduced automobile production capacity, consumer demand remains strong, which should create a sellers’ market during September and October’s Golden sales season. The huge discounts commonly offered during this season are unlikely to be available this year. However, despite growing demand for automobile consumption, the tight supply of chips has resulted in low inventory of certain best-selling models. Non-urgent car buyers might postpone their car purchase plans to wait for their desired model or features, potentially causing sales in September to fall short of expectations.

With production and sales seriously mismatched in the new car market due to the chip shortage, the domestic used car market has recorded substantial growth since the beginning of 2021. From January to July this year, accumulated used car sales reached 9,893,300 units, representing a year-over-year increase of 45.96% and an increase of 22.5% compared to the same period of 2019. This market already showed huge potential and as the Golden sales season begins, stronger car consumption demand and limited new car availability may drive a new round of growth.

The worldwide chip shortage is a serious problem for the auto industry, with no end in sight. However, auto makers, parts manufacturers and dealers are rising to the challenge with innovative solutions and strategies to maintain profitability.

WISeKey and OISTE.ORG Foundation to Present Digital Human Rights to Privacy and Digital Identity at The World Law Congress Colombia 2021