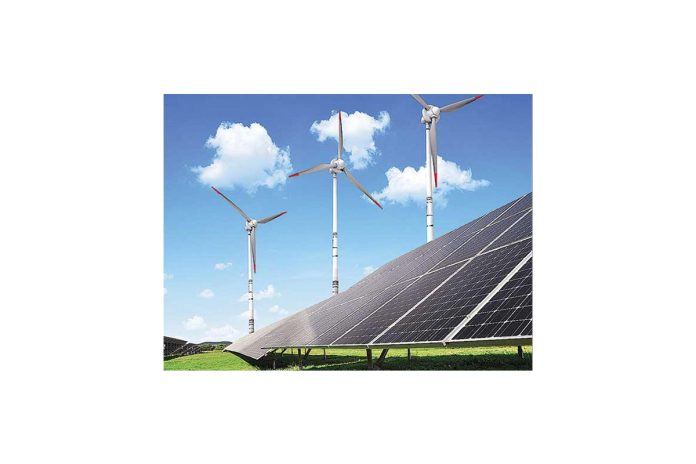 Greenko is the first Indian company to break into the top 10 of the coveted listing, which recognises companies leading the transition to a low carbon future. Among other Indian companies listed, NHPC is 25th, NPCIL at 33rd and Tata Power at 78th.

‘Top 100 Green Utilities’ selects 100 of the world’s largest electricity production companies and ranks them according to their CO2 emissions and their installed renewable energy capacity, to determine how much each group contributes to achieving a low-carbon electricity system. To assess their ‘greenness, each utility is evaluated for direct carbon dioxide emissions per megawatt hour of electricity produced and a measure of a company’s renewable energy capacity in gigawatts and in proportion to total capacity.

Greenko and others in the top 10 hold between half and all of their generating capacity in carbon-free technologies. Together, they own about 320 GW or 77% of carbon-free capacity — including 35% in non-hydro renewables, 27% in hydropower and 14% in nuclear. These 10 companies together boast average emissions of just over 100 kg CO2/MWh. This is 85% less than the top 10 companies from 2011, the first year that the widely watched ranking was published.

The need for clean energy transition is critical in Asia which accounts for almost half of global energy demand and is today the world’s highest emitting region. Emerging Asian economies are still largely coal dependent with it remaining the predominant source of energy. Clean energy deployment in this region will thus be vital for controlling emissions for heavy power consuming economies and keeping their communities healthy. Though renewable energy efforts continue to grow across Asia it also requires a concerted effort by governments, energy companies and investors to drive this further and faster.

This week Greenko also raised $940 from a bond issue, attracting investors from Asia, US and especially Europe who typically regard India’s renewable commitment as progressive and pioneering. Till date Greenko has raised $4.44 billion from dollar bonds, pioneering the green bond structure.

Greenko, whose investors include sovereign funds from Singapore and Abu Dhabi, strengthened its energy transition credentials this month when it announced a partnership with Belgium’s John Cockerill, a world-leading manufacturer of high-capacity alkaline electrolyzers, to jointly develop market initiatives for green hydrogen electrolyzers in India. The partnership will enable the production of the lowest cost green hydrogen, with the manufacture of electrolyzers at scale in India, within the next year, and in turn support the faster adoption of a green molecule-related ecosystem in India, hastening the energy transition that companies and countries are undertaking worldwide.

Greenko’ s ambitions support PM Narendra Modi’s vision of making India a global hydrogen hub. Industrial green hydrogen is part of the carbon-free energy mix that India is committed to achieving to reach its recently announced goal of net zero emissions by 2070, laid out by the PM at COP26 in Glasgow.

India Digital Banking Platform Market Set to Witness Prolific Growth: Projected to Grow at a CAGR of 9.8% by 2022-2028 | BlueWeave